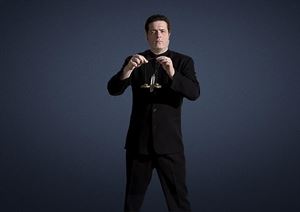 Littleton, CO
Show Phone
718-755-7258
www.tommylama.com
About Popular Award Winning Comedian available for events
Multi- Award winning comedian, Tommy Savitt, has won the prestigious 2007 Boston Comedy Festival, 2008 Seattle Comedy Competition, and was honored for the "Best In Comedy"category at the 2009 LA Comedy Awards. Tommy has been seen on WGN's "The Bob & Tom Show", SI Tv's "Funny is Funny", Comcast On Demand, Man Up Stand Up on *NOT DISPLAYED* and on JLTV's " James and Sunda". Tommy's comedy CD "Who Wants Me Now!" is one of the top requested on satellite radio. Tommy has dedicated this past decade to performing for our troops here and abroad. Tommy has also been in commercials including Adidas and Lowe's.
Package Pricing
Event Spaces